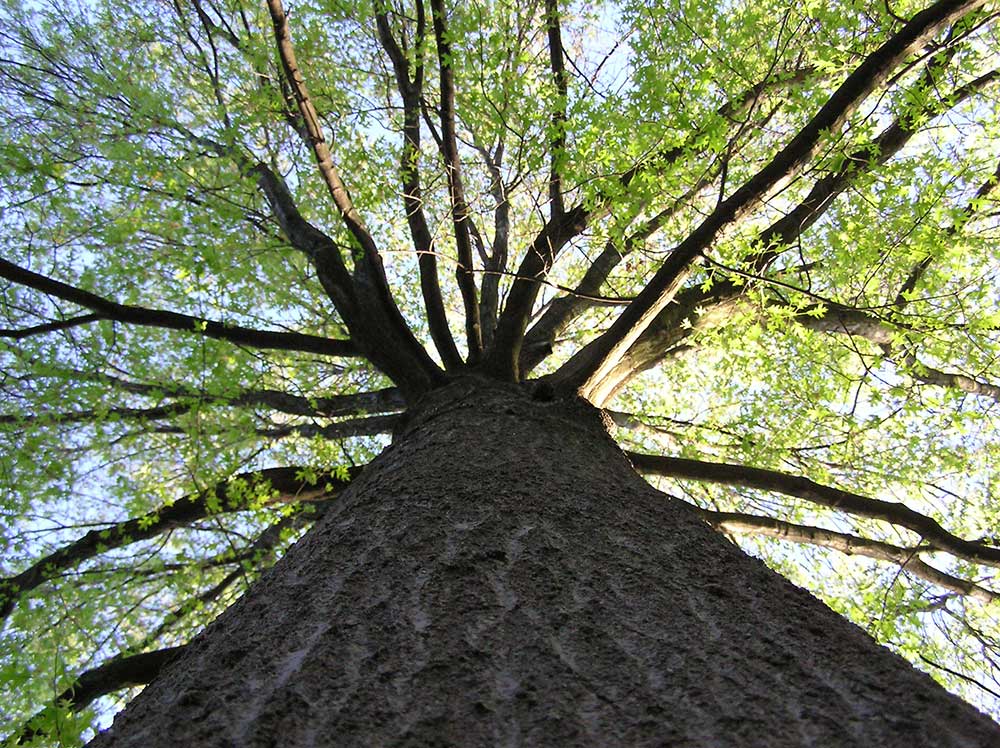 Those who plant and protect trees know the active role they and their trees play in mitigating climate change, and this is certainly recognised by decision-makers, if not yet budgeted for by all.  DEFRA is halfway through its Big Tree Plant, which aims to plant a million trees by 2015.  A handful of UK cities have pledged to increase canopy coverage in urban areas – London hopes for a 5% increase by 2025, Bristol an impressive 30% increase overall. Natural Resources Wales has undertaken the Wales Urban Canopy Cover Study, which it is hoped will inform how much more needs to be planted and where.

Not only do trees have a cooling effect on their immediate atmosphere, play an important role in flood prevention and have a positive effect on health and wellbeing, but they are also an essential carbon sink. It is estimated that during its full lifetime, a 100-year-old broadleaf tree will capture and store over 10 tonnes of carbon dioxide. Indeed, a quarter of a living tree’s weight is locked away – or sequestered – as carbon, which is only released back into the atmosphere when the tree dies, rots or is burnt.

An ancient technique for locking up carbon well beyond the tree’s natural lifespan is currently making a comeback. Biochar, a fine-grained and highly porous form of carbon-rich charcoal used as a soil amendment, is made by kiln-charring woody waste at a low temperature with a restricted supply of oxygen – a process called pyrolysis. As well as being an effective growing medium, biochar can reduce atmospheric concentrations of carbon dioxide by burying the carbon that was once stored in the tree back into the ground. Converting tree and plant waste into biochar results in far fewer greenhouse gas emissions than if it had rotted or been burnt –  indeed, 1 tonne of carbon locked away in biochar represents an equivalent of 3 tonnes of carbon dioxide being removed from the atmosphere.

As is the cyclical nature of things, biochar has in turn been proven to improve the health and survival rates of living trees, keeping more of our CO2 absorbing trees alive and strong. Over the 2012/2013 growing season, Bartlett Tree Experts conducted biochar trials at their research centre in Reading University. Their team planted horse chestnut and beech hedging in a biochar complex from UK biochar company Carbon Gold. The trials replicated stressful conditions typical in tree transplanting, where trees were subjected to significantly reduced root systems before replanting. Some trees were planted with Carbon Gold’s Tree Growth Enhancer, a formula in which biochar is enriched with mycorrhizal fungi, seaweed and worm casts.

Carbon Gold’s Craig Sams said “We value working with Bartlett on this important research. £600 million is spent on planting new trees across the UK every year. Each year a quarter of these dies and are lost, costing the industry £150 million per year. Carbon Gold’s biochar could mitigate tree losses at a time when every carbon-capturing leaf counts.”

As the need for carbon reduction becomes ever more pressing, trees have an important role to play. For those responsible for planting or protecting trees, biochar is not only an important way of reducing carbon emissions; it is also an essential way of keeping your carbon dioxide absorbing trees healthy for longer. 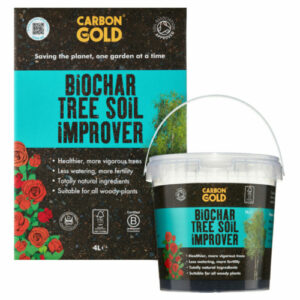