Solving global warming was never going to be easy, but it would be a heck of a lot easier if we cast off the deadly grip of agribusiness – and started farming for the future

Global warming? Panic over. Fly guilt-free where you like as often as you like. Splash out on that 7 litre Mercedes you’ve always secretly wanted. The global warming crisis could be over. There’s an easy solution that’s been staring us in the face for decades.

The make or break climate conference, COP21, is happening in Paris in December. There will be a lot of haggling, a lot of finger-pointing and a lot of moaning. India and China will fight to keep their coal-fired power stations. Exxon and their Saudi pals will continue to fund scientists who deny climate change. Brazil will fight to protect their right to chop down the Amazon rain forest. Let them have their way … for the time being.

There needn’t be any pain. The negotiations in Paris could be a doddle.

We can continue to burn fossil fuels, using our abundant and cheap reserves of coal and natural gas to generate electricity. We can save liquid fuels for airplanes and ships. We must still go for wind and solar and geothermal, but in a less panicky way.

So how do we do it? The answer lies in the soil.

Carbon dioxide is killing us all. Organic farming sucks carbon dioxide out of the air and converts it into rich soil that will feed us forever. Sounds like a pretty good deal. Of course going organic means we’d have to eat food that tastes better, not get sick from pesticides in our food, enjoy cleaner water and more biodiversity – but that’s a small price to pay for having a habitable planet.

“Of course going organic means we’d have to eat food that tastes better, not get sick from pesticides in our food, enjoy cleaner water and more biodiversity”

This is the UN International Year of Soils 2015. The Food and Agriculture Organization of the United Nations (FAO) estimates that on current trends we have 60 years before the soil runs out.

On August 31 2015, global food giant General Mills announced an investment of $100 million to reduce their greenhouse gas emissions by 28 percent. This will include sourcing products from an additional 250,000 acres of organic production. Jerry Lynch, the company’s chief sustainability officer pointed out that organic agriculture promotes soil that helps farms better endure droughts, heavy rains and pests, while pulling more carbon from the air and putting it into the ground in the process.

A 34 year trial at the Rodale Institute in Pennsylvania growing field scale crops shows that organic farming can sequester 1 tonne of carbon per hectare, year after year. The Rodale trial figures show that if regenerative principles were applied globally to arable farming and pasture we could offset all of the annual increase in greenhouse gas.

The French National Institute for Agronomical Research states that if we adapted farming practices to boost organic matter in soils by 0.4% a year it would compensate for all global greenhouse gas emissions. France’s Agriculture Minister Stephane Le Foll recently commented: “We could store the equivalent of anthropogenic carbon gas produced by humanity today. Storing carbon in the soil is organic matter in the soil, organic matter is fertilizing the soil.”

The benefits of soil organic matter as a carbon sink can be further enhanced by the use of biochar – finely ground charcoal used as a soil improver. (That’s what I do at Carbon Gold). Biochar has a centuries-long residence time in soil, so it acts as a long term carbon sink for carbonised biomass such as rice husks and forestry thinnings which would otherwise decompose or be burned and produce more carbon dioxide. And it accelerates the build up of organic matter in soil.

So it’s not just me. The Rodale Institute, the UN’s FAO, General Mills and the French government all agree: grow organic, save the planet. Agriculture can be part of the solution instead of part of the problem.

The COP21 climate conference is in Paris in December. Every participating country will make INDC commitments (Intended Nationally Determined Contributions) to reduce emissions. All they have to do is convert agriculture to organic and they can surpass those commitments with ease.

Solving global warming was never going to be easy, but it would be a heck of a lot easier if we cast off the deadly grip of agribusiness and started farming for the future. 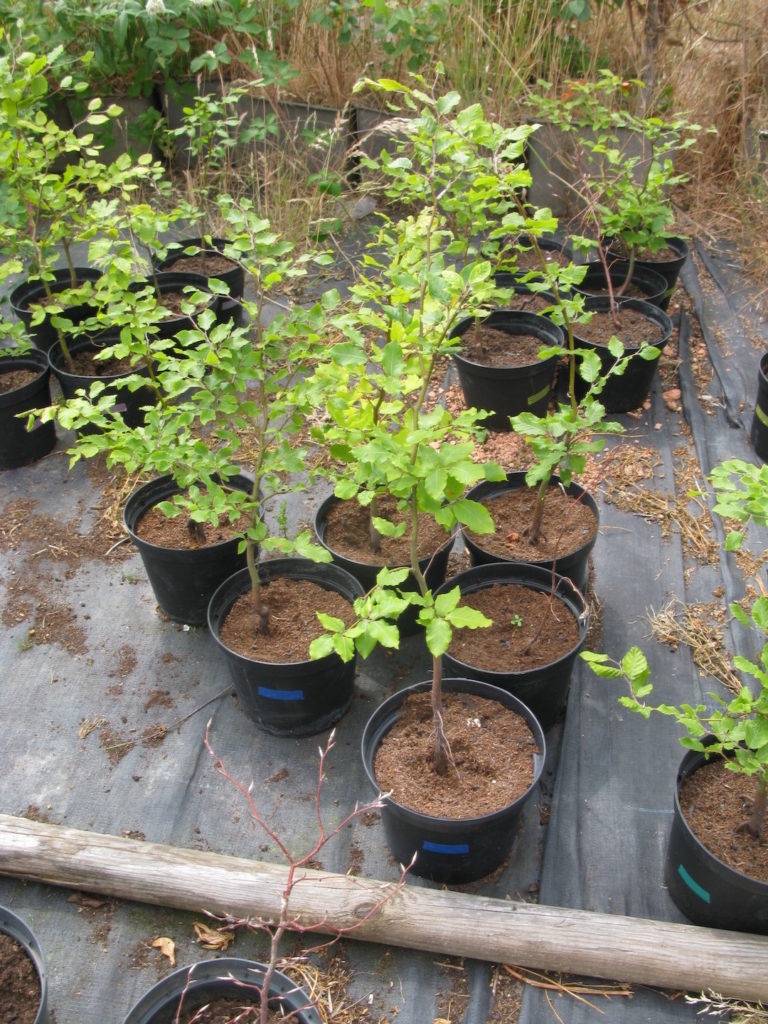