Turning busy London bus stops into gardens where people are more than happy to while away the inevitable wait, Mak Gilchrist and Will Sandy are an unstoppable landscaping and urban design force, on a mission to turn even the bleakest, barren area into a playful community garden. Driven by the mantra that ‘a brutal landscape makes for a brutal outlook’, The Edible Bus Stop® duo believe that by taking responsibility for our neglected urban spaces they can change peoples’ perceptions and experiences of inner city living. Put simply, they are installing urban village greens – although the end results are so much more inviting, so much more engaging than that. 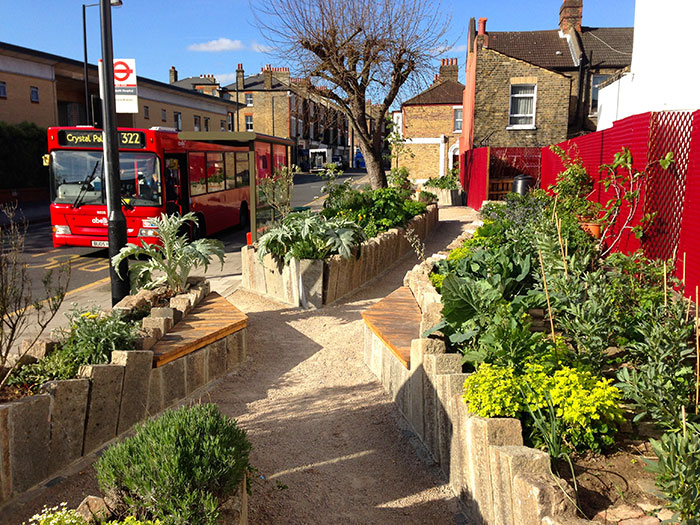 Guerrilla gardening gone grownup, this isn’t just a case of flowering up a few neglected corners whilst no one else is looking. Design led and community guided, they create landmarks of pride; demonstrating, they say, that good design is not socially exclusive. Recognised by the Mayor of London’s Pocket Park programme, they received funding for two pocket parks – ‘The Kerb Garden’, a beautifully landscaped bus stop on Landor Road in Stockwell was the first of the programme to be realised in May 2013. 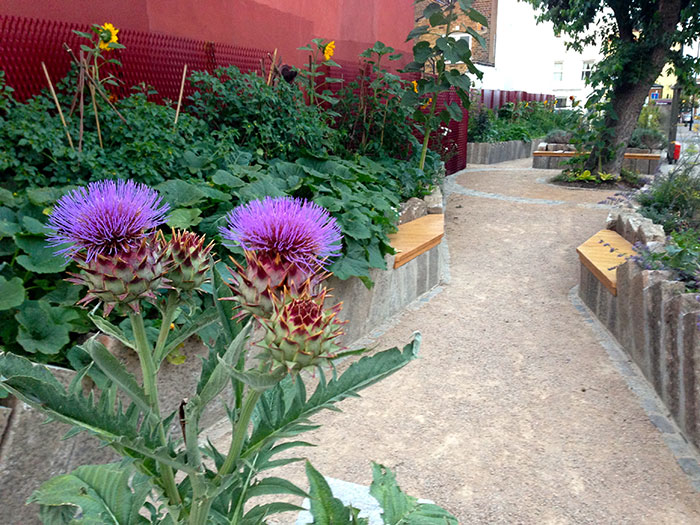 The second, the ‘Hoopla’ garden, opened in June 2014 in West Norwood. Both are predominantly planted with edibles, with the Hoopla garden featuring edible native and wild planting. Their on-going dream is to create an Edible Bus Route, using the existing 322 bus route through busy south London – a third garden at the Crystal Palace Bus Station is already in its early days.

Mak, The Edible Bus Stop® founding member, installations producer and public events coordinator, believes in producing gardens that promote harmonious meeting areas where, she says, “people can come together for the good of the neighbourhood and get to know each other. By gardening and enjoying these community growing spaces, conversation is encouraged, barriers are broken down and a vested interest in a neighbourhood is nurtured.

“Our aim is to move away from the usual stereotype of community gardens, where the emphasis is mainly on function over form, rebalancing and allowing design to raise the profile and promote inclusivity and pride.”

The ‘Hoopla’ Garden pocket park saw the transformation of an area locally known as ‘The Bollards’ – a bland, paved area approaching a busy high street, scattered with brutalist concrete bollards installed to prevent parking in front of the adjacent housing estate. Selected for ‘reanimation’ by The Edible Bus Stop® through a thorough (and fun!) community consultation, and with the delighted approval of land owners Lambeth Living, it’s now an area that allows the passer by to slow down and enjoy their surroundings, in an area previously lacking in green spaces. 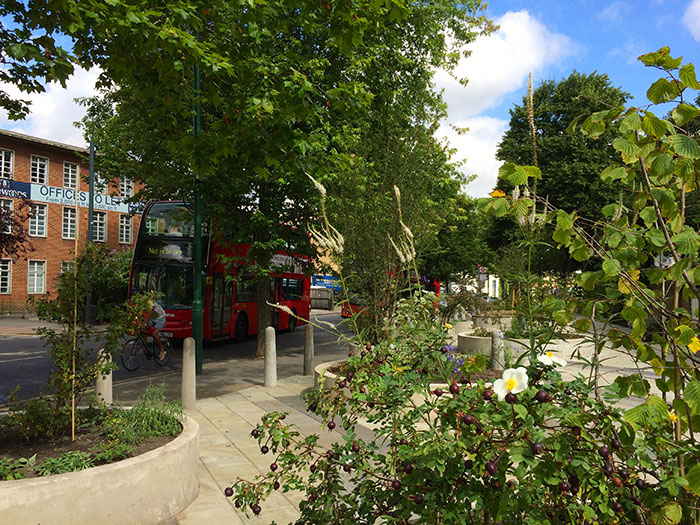 Will Sandy, The Edible Bus Stop® co-founder, landscape architect and creative director, explains how the concept was conceived. “Based on the game ‘hoopla’, we imagined concrete drainage tubes laid on their sides and placed around the existing bollards, as the rings would be in the game. We wanted to provide a playful take on the existing space, creating a little theatre that everyone could relate to. The pipes became planting beds of various sizes – some provide seating ideal for interaction, planting workshops or simply a space to watch the world go by while you wait for your bus.”

“We’re getting great feedback. The local secondary school kids congregate there to eat their lunch now and hang out before heading home on the bus.” 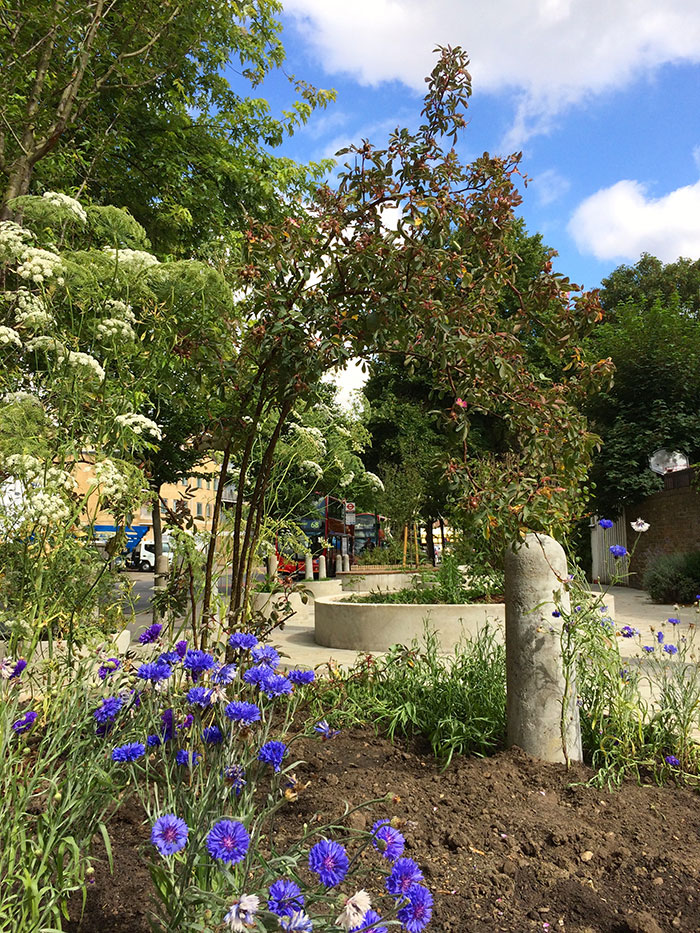 An essential ingredient for the garden’s success is enriched biochar, a soil amendment that is relatively new on the landscaping scene and something which The Edible Bus Stop® is proud to have discovered during the planting of its flagship ‘Kerb Garden’ on Landor Road. Biochar is a form of enriched horticultural charcoal that stabilises soil moisture, reduces nutrient leaching and supports diverse soil bacterial colonies – key to growing resilient plants.  Not only is it essential for their low maintenance container planting – where access to nutrients and water may be limited – it’s also earned the team additional green stripes.

Biochar, made out of recycled woody waste material, retains most of the natural carbon from its original plant matter. When one tonne of biochar is put into soils, it’s the equivalent of removing three tonnes of atmospheric carbon dioxide from the carbon cycle. So not only are these pocket parks bringing carbon-capturing planting into city spaces, they’re locking carbon into the soil at the same time.

The Edible Bus Stop® team are big biochar fans: “We now use Carbon Gold’s biochar products in all our gardens and installations. We find it vitally important to make sure what we plant in is of the highest standard to assure the plants survival and success. Biochar has made a huge difference to how long our plants thrive. We wouldn’t do without it.” 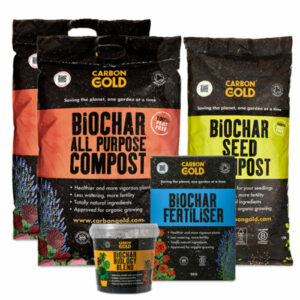 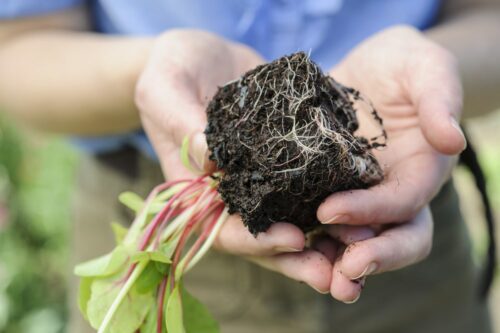 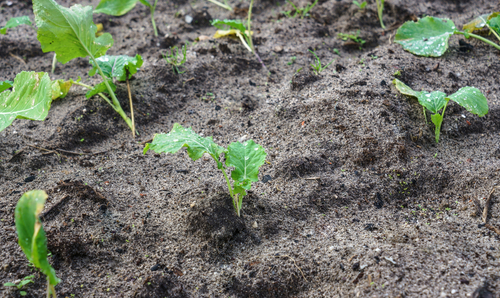 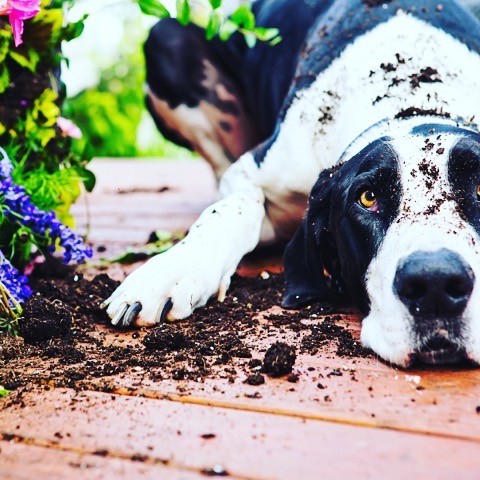 Is Biochar Safe for My Pets?

There has been much talk about the sustainable practices around biochar to improve soil fertility, sequestering carbon, and to reduce…