Biochar is a highly porous, high carbon form of charcoal used to improve soil nutrition, growing conditions and soil structure. It is made from any waste woody biomass that has been charred at a low temperature with a restricted supply of oxygen, a process called pyrolysis. This process results in a stable form of carbon that is removed from the atmospheric carbon cycle when added as a soil amendment.

Vitacress Tomatoes (formerly Wight Salads) trialled Soil Association and SKAL approved enriched biochar from UK biochar company, Carbon Gold, from June 2013 to April 2014 in order to improve the sandy soils at their Portuguese nursery. They applied 2kg per square meter to a 5 hectare trial plot taken to a depth of 30cm, analysing the outcomes against a 5 hectare control area with the same crop. The increase in crop yield was significant. By week 24 they realised a 7% higher yield, (an additional 0.9kg per m2) compared to the 5ha control plot. This equated to an additional 2,600kg Piccolo Cherry on the Vine tomatoes. 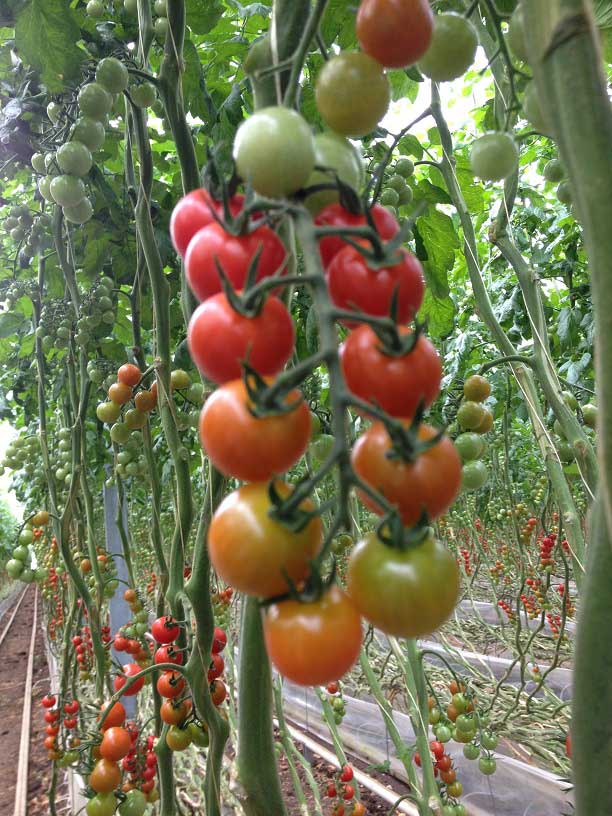 “Where we have incorporated Carbon Gold Soil Improver in the very sandy soil at our Portuguese nursery we have seen a 7% yield increase and a lower level of nematode infestation than areas that were not treated.” Paul Howlett, Head of Agronomy at Vitacress Tomatoes.

In the Vitacress trial plots it became evident that the colonies of mycorrhizal fungi, using biochar as a refuge in the soil, were able strike out at parasitic Meloidogyne nematodes, enticing and devouring the microscopic pests and protecting the plant roots from attack.

According to Paul Howlett, Head of Agronomy at Vitacress Tomatoes, “This occurred at a crucial period for Vitacress. We grow in Portugal over the winter months to take advantage of the UK production slump in late winter and spring. At a time when light levels were at their lowest, the enriched biochar soil improver was encouraging stronger root growth with a protective barrier of microbial activity.”

“The plants were also visibly different; darker green in colour with a shinier healthier leaf and increased flowering compared to the control plot. It was also evident that the tomato plant roots, rather than spreading out across the surface searching for moisture and nutrient in the light soil – as was happening elsewhere across the whole glasshouse – were diving deep down into the soil.” 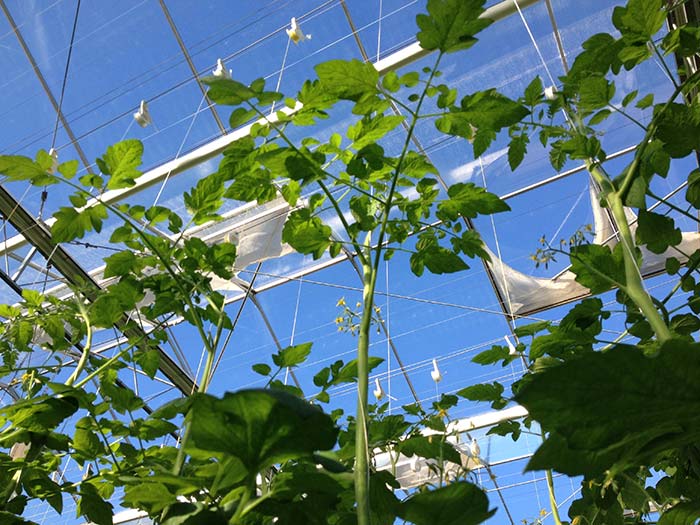 Carbon Gold’s biochar has a very porous structure. It is an excellent stabiliser of humidity in soil. It also keeps nutrients where the plants can access these best, avoiding leaching and reducing fertilisation inputs. As biochar can absorb 6-8 times its size in water molecules when in the ground, irrigation is reduced by up to a third.

Biochar is also an effective way of capturing and storing CO2. A single tonne of biochar is worth 2.7 tonnes of CO2. As Vitacress has currently applied 38.4 tonnes of biochar to the soil, they have sequestered 103.68 tonnes of CO2 from the atmosphere, resulting in a significant reduction in the company’s carbon footprint – something that Mr Howlett says sits very well with their company ethos.

“We are focused on saving energy and reducing our carbon footprint by reducing our energy use; to be able to put carbon back into the soil and have a positive effect on our crops fits in perfectly with our aim of growing the most producing environmentally friendly tomatoes.”Additional trials, concluding in summer 2015, are already showing that the addition of Carbon Gold’s enriched biochar at the propagation stage (reducing peat use by 10%) reduces transplant shock and promotes faster establishment, especially when seedlings in blocks are introduced to soils where enriched biochar is also present.

Vitacress, Botanicoir and Carbon Gold are conducting further trials with coir-based propagation cubes and slabs combined with biochar soil improver for conventional cropping. This innovative product is due to launch in 2015 for the wider horticultural market to access.

“The trials in Portugal have shown what an impact enriched biochar can have on yields, as well as the wider environmental implications,” says Kalum Balasuriya, Managing Director of Botanicoir. “We take the environmental and ethical side of our business very seriously, so we were keen to be involved with these trials with Vitacress and Carbon Gold. We are mixing the biochar into our coir slabs and grow cubes at the production stage, which removes any hassle for the grower and ensures the correct proportions of biochar are distributed throughout the slabs or cube.” 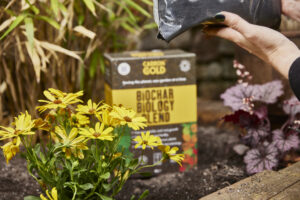