Biochar trials hit a hole in one at Okehampton Golf Club

A new turf improver with roots in traditional greenkeeping is arming Course Managers with a natural alternative to ever restricted fungicides and chemical fertilisers and have been doing biochar trials over this season.

Carbon Gold’s Enriched Biochar Lawn Improver is a horticultural form of charcoal blended with optimum levels of fungi, bacteria and trace minerals, and is approved by EU certification bodies for organic growing. It was common practice a century ago to use charcoal to keep greens porous and firm, and to improve the appearance and colour of turf. Now, innovative Greenkeepers are ‘rediscovering’ the benefits of biochar – using it to eliminate fungicides completely and reduce chemical fertiliser use significantly.

David Chammings, Amenity Specialist for Sherriff Amenity, a division of Agrovista UK, has been the Chairman of Greens at Okehampton Golf Club for the past 3 years. His position and experience allow him to trial innovative techniques on different areas of the course, and he approached Carbon Gold, keen to be the first to trial biochar on golf course greens.

The club, established in 1913, has been through significant changes in the last 5 years, adapting to an ever-evolving industry and stricter demands, such as the revocation of insecticides and the withdrawal of many fungicides under ever tighter EU regulations. In 2016, Stuart Entwhistle joined as Course Manager, and together he and David devised a trial outline to test how Carbon Gold’s enriched biochar would perform on specific areas of the course, in the hope of finding a new solution to old problems.

The 5th green – a very sandy newly-extended area of the green, which leaches nutrient heavily.

The 12th green – the ‘disease indicator’ green, placed in the Ockment Valley. It is surrounded by trees and receives very little winter sunlight. 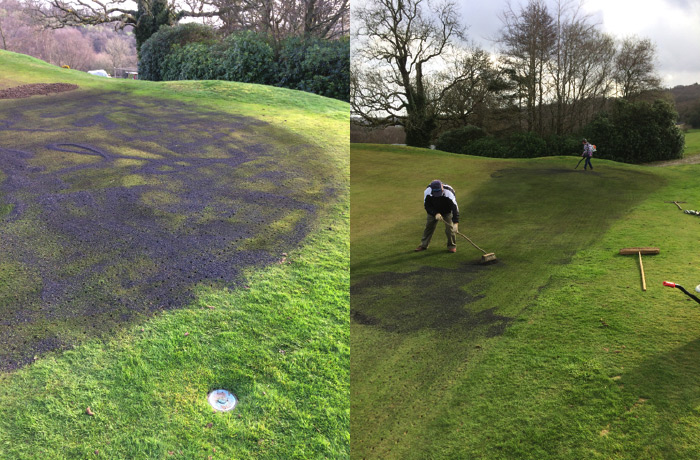 They continued to fertilise the trial areas, at the same rate as the rest of the greens but found that in the summer the 5th green looked healthier and was holding nutrient a lot more efficiently so decided to miss an application on this area. Three weeks later it was not evident that a feed application had been missed, and the trial area looked as healthy as the rest of the green. There is a definite increase in nutrient holding capacity in the sandy rootzones and a 20% reduction in fertiliser use overall.

The fungal disease being treated in the Okehampton Carbon Gold trials is fusarium patch (Microdochium nivale) – common to golf courses across the world. They currently apply a fungicide to all of the greens on the course twice a year, sometimes up to four times a year. To treat the whole 7000m2 course costs £700 per application – Okehampton’s annual fungicide bill alone can reach £2800.

No fungicide was required on either of the trial areas for the whole of the year, meaning Carbon Gold’s enriched biochar delivered an impressive 100% reduction in fungicide use.

Water retention and drainage was another factor that David and Stuart were keen to address. Summer 2017 was relatively wet, however, the treated greens performed well. The trial areas drain better and faster than before when needed, but also hold on to the moisture in prolonged hotter weather.

The trial greens were more resilient over the course of the year – whatever the seasons threw at them – during the hot dry periods they held onto the moisture better and were visibly healthier. In wetter periods they did not flood, were firmer, dryer and remained playable. This is a great advantage for the club during the wet months – if there is too much rain the course can flood and the greens become unplayable, which leads to closure and loss of revenue. With the use of Carbon Gold’s enriched biochar, this can now be avoided.

David is keen to step up his trials to cover two entire greens which they will monitor throughout 2018.  Application of the product would normally take place during the maintenance times of spring and autumn. Due to significantly reduced requirements of fungicides, fertilisers and irrigation, he believes they would soon see a return on investment.

These enlightening trials show an optimum application rate of 1kg/m2. As enriched biochar is a one-off application that remains in the soil indefinitely, and has proven to deliver up to 100% reduction in fungicide and 20% reduction in fertiliser inputs, it’s a hole in one for any discerning Course Manager.

David’s has great confidence in his new discovery – he says he would “highly recommend the use of Carbon Gold’s enriched biochar to all Greenkeepers & Groundsmen for the wider benefits of the product.” He even goes so far as to say, “I believe that biochar will be used throughout this industry in the not too distant future.” 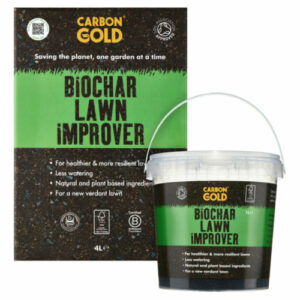 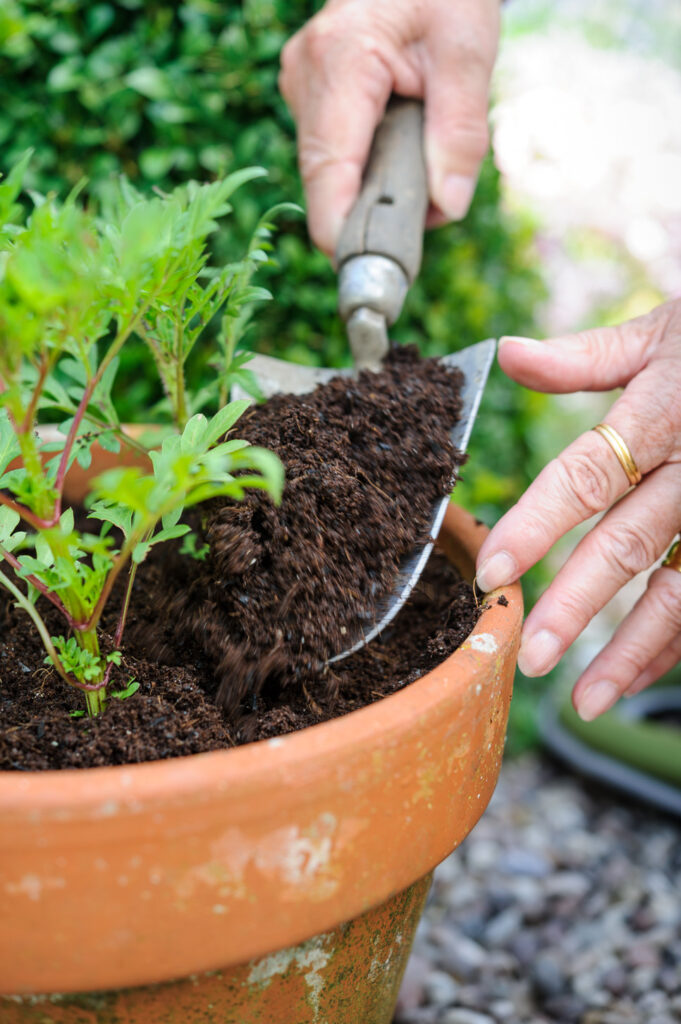 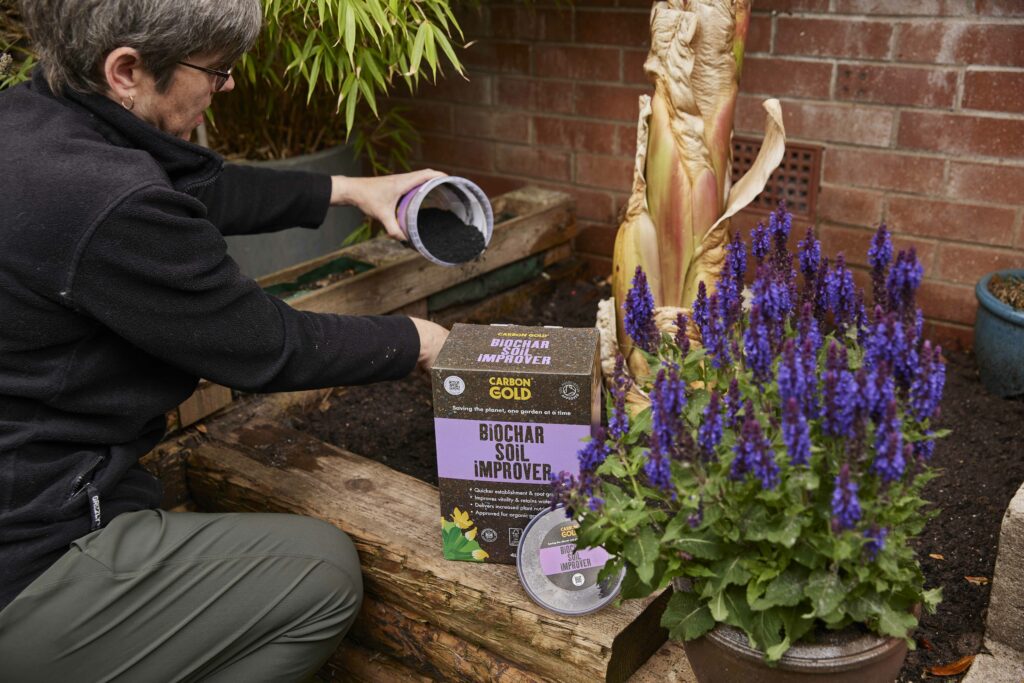